The Pond of Sânpaul or “Tâncăbeştiul Ardealului” – as it is called because of the many carp jumps – hosted the second edition of the Carp Plus Cup, between June 19th and June 22nd. Anglers from all over the country gathered at this special location, but Team Idella with Robi Solticzki from Timisoara conquered the 1st place on the podium. 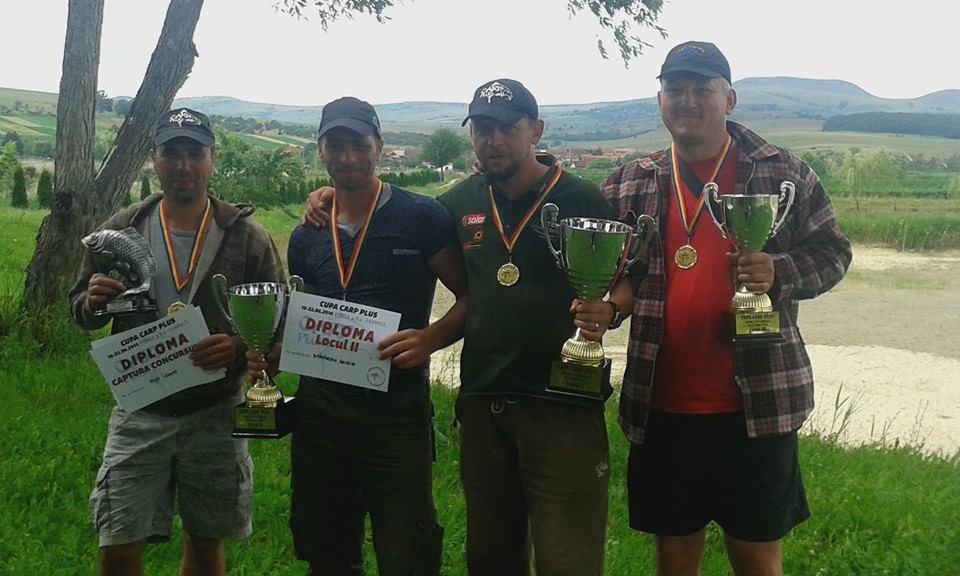 “It was an individual contest, attended by 17 fishermen. I took a good stand, booth no. 11, at the end of the pond, and I used the right strategy. I made a bed of bait, the boilies thrown into the water, and I did not go into 100-110 meters like all the others were fishing, but I fished somewhere at 60 meters with two sticks on the bed of bait, and with one for interception, and the bigger fish got into that stick,” says Robi.

“At night, when you went to get some rest, the recital began.”

Throughout the competition, Robi managed to catch 17 pieces of carp, in total not less than 147 kg of carp. And that’s not all. The great catch of the competition was also his, a carp of 16.8 kg. The second place went to fisherman who caught 82 kg and the third place to the fisherman with a catch of about 50 kg.

The prizes consisted of products from Carp Plus – boilies, bait, solutions, amino acids, all worth about 400 lei, plus a cup, a medal and a diploma. 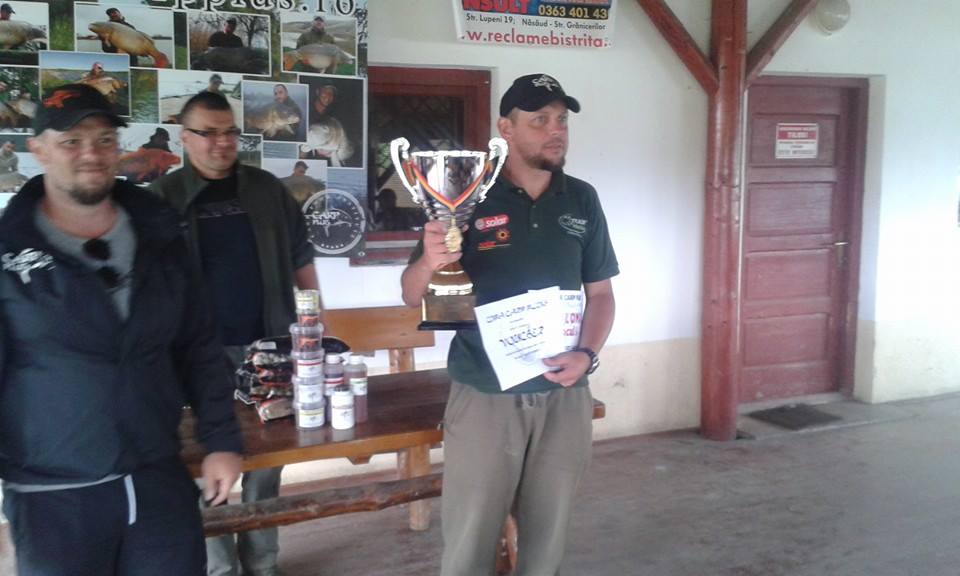 Robi Solticzki from Team Idella, the winner of the Carp Cup Plus Edition II

You know how it is with fishing nights, the sweet sleep invites you, but who has time for that? Especially when the fish seem hungry? “I did not have much rest. Unfortunately, the highest activity was at night, and during the day you could not rest because your colleagues were coming to the booth, we talked, we socialized, we cooked, we ate, and at night, when you went to get some rest, the recital began. I caught more at night. I caught constantly, about five to six fish per night and one-two per day. I have also lost some, I had about five failures, but that’s part of fishing.”

Robi has been already in other competitions, but they were all friendly ones. To sign up for an official competition, and not for one whatsoever, but for an individual one, and to win it with big differences to the other places on the podium, that’s a pretty great deal. 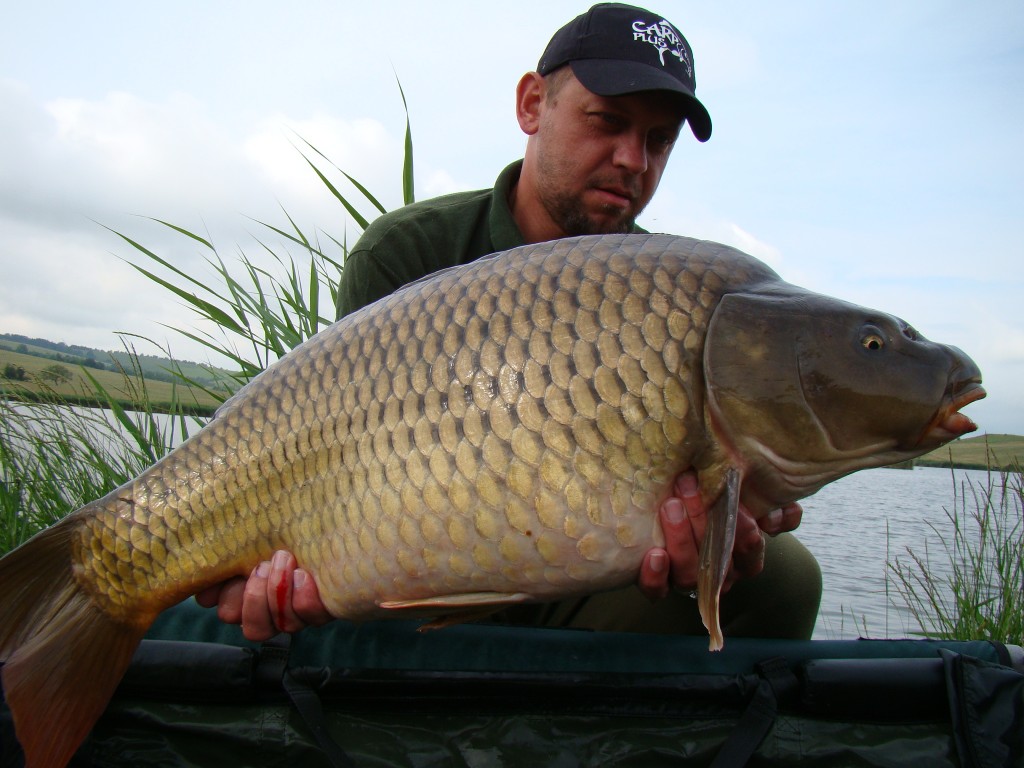 “I was for the first time at the pond of Sânpaul. The pond is situated in Harghita, about 60 km from Brasov. As a location, it’s a gorgeous complex of ponds, and as far as I understood, it is also something of a protected park, a kind of reservation. Yes, the area is absolutely gorgeous, it does not compare to the plains here. It’s hilly, it’s beautiful. It’s another air, another landscape; I can say other people, very calm and nice. I could not participate at the first edition, but I will gladly go to the next editions, because I liked very much also the atmosphere and the location, and it actually is a pond with good potential and very beautiful fish. No amur was caught in this edition, but I understand that there are many bigger than 20 kg”, also says Robi. 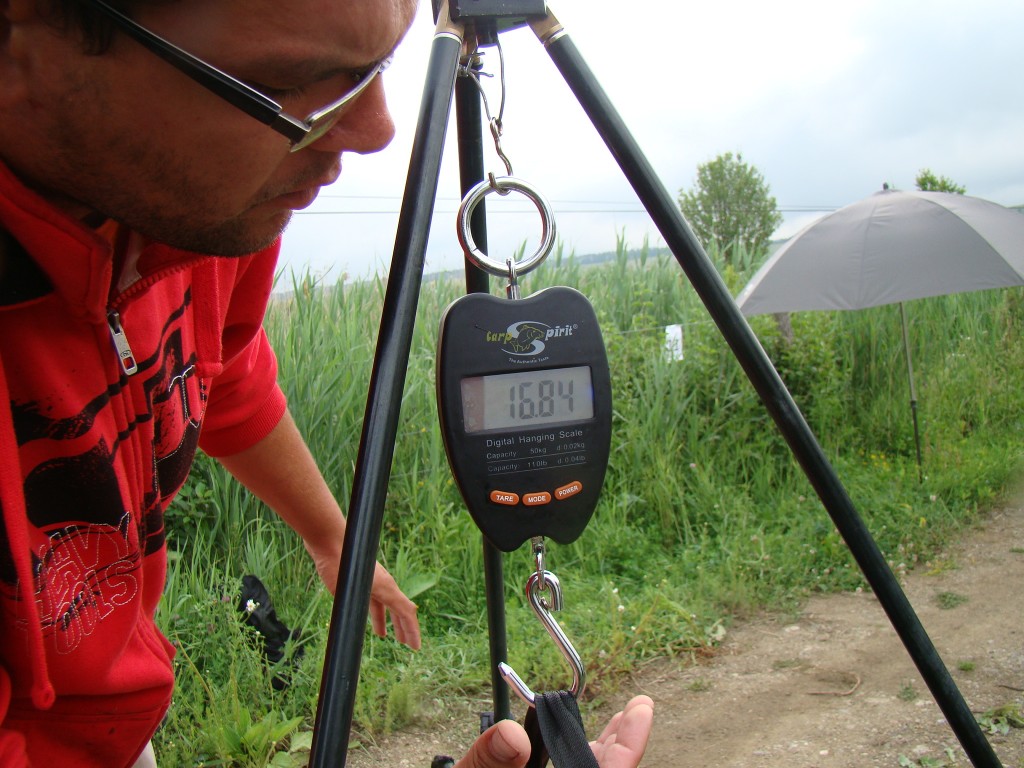 The best catch of the fishing contest – proof of the weighing

“If the dogs are barking, the bears will do you no harm.”

I do not even have to say it, fishing does not mean to throw a baited hook into the water and sit and wait. It means much more. Beyond tactics, beyond much knowledge about everything that bait means, fish species and spawning periods and many more thins, in the end, fishing also means an experience. No fishing day is like the other. Whether you are alone, with friends, or you meet new people, there actually happen a lot of things. Some, such as a difficult drill, give you incredible satisfaction, other amuse you terribly. However, they all remain beautiful memories, for you “to tell your grandchildren”. Robi also enjoys such a memory. 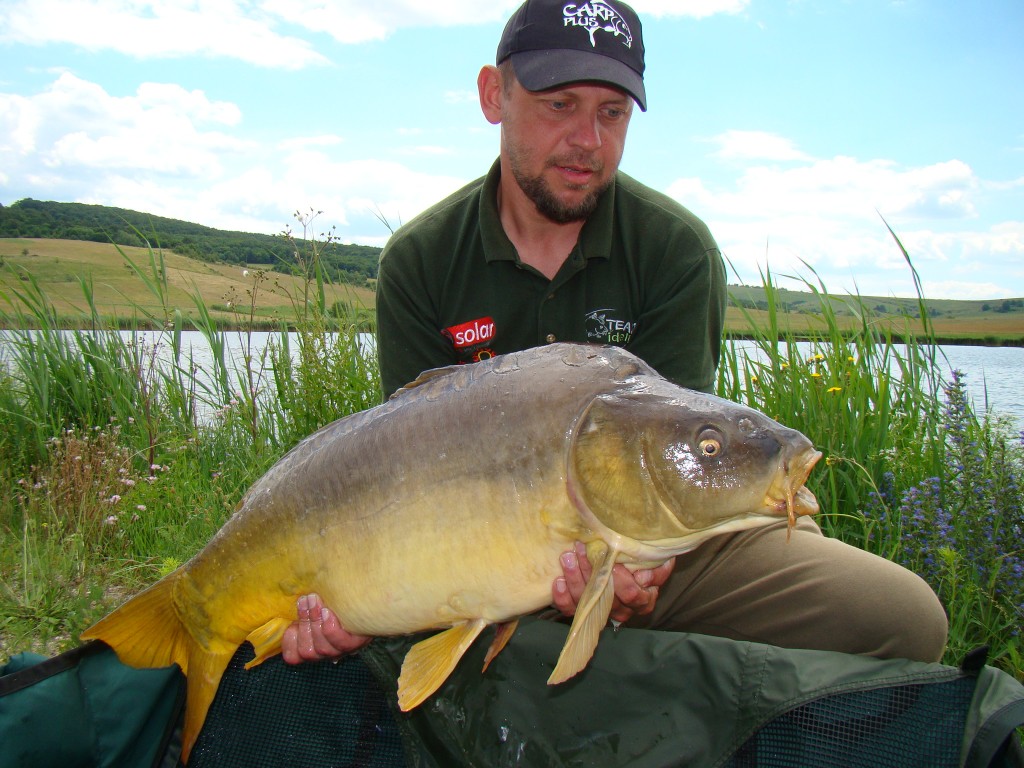 “It was very nice, we became friends. There were guys from all over the country. From Iasi, from Brasov, Targu Mures, Bistrita, Cluj, Arad, Timisoara… There were four guys from Timisoara. From Team Idella there was Cristi Jianu and other guys from another club. 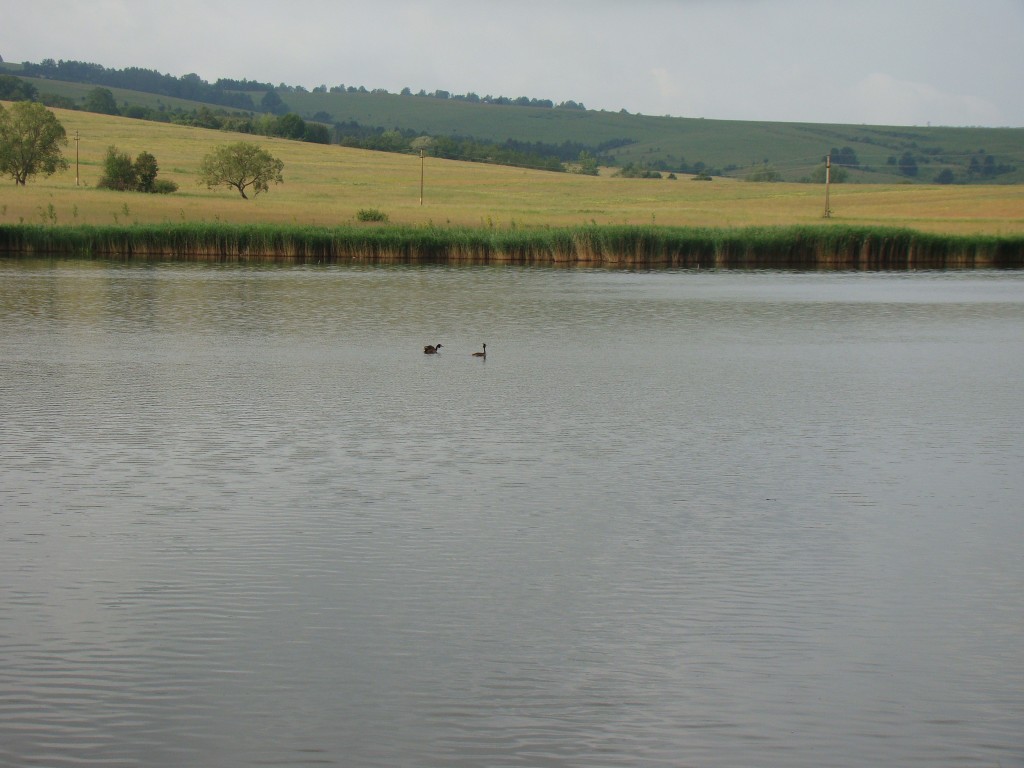 Pond Sânpaul or Tâncăbeştiul Transylvania, where was held the second edition of Carp Cup Plus

We were all camping and the guard told us that three or four days ago a bear swam in there, he did not fight shy, but he took a shortcut, besides the fisherman. This is how the guard was telling the story, dully: “Be not afraid, there are dogs here. If the dogs are barking, the bears will do you no harm. One has been swimming in front of two fishermen.” Yeah, great, I thought, I am camping, with boilies, fish and stinky stuff, that’s all I need, a bear to come over my bed of bait.”