It was the first edition of the Idella Junior Cup for the children from Smart Kids, a competition in which we have become so fond of them that we hope they come fishing again.

They are all wonderful children, who know how to play nice, but also how to fish diligently. Proof is that some of them have did not moved away from the fishing stick, and their patience was fully rewarded. 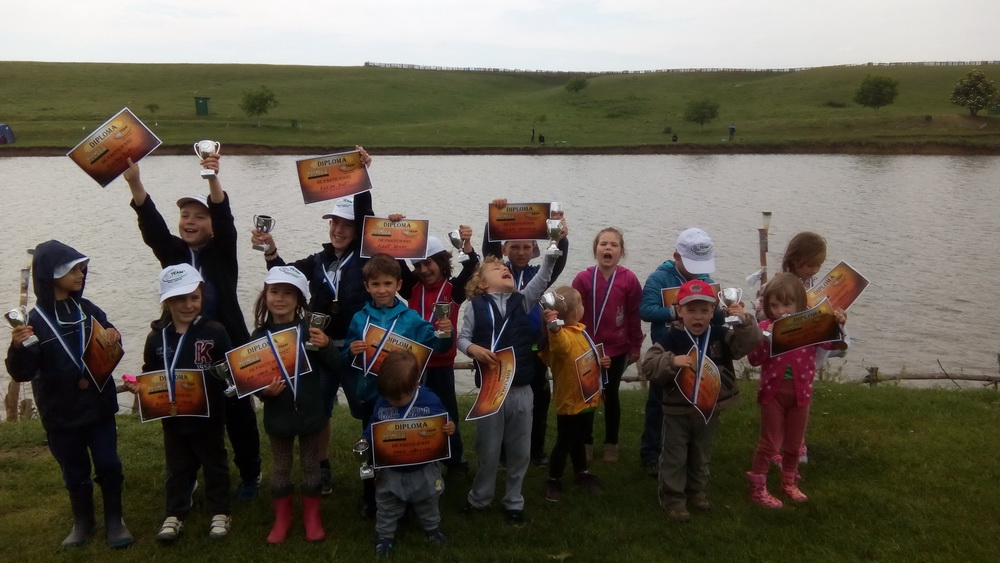 When they wre not fishing, the children ran up the hill, made a picnic with their parents, played soccer, did somersaults and sought black sheep in the flock that passed down the pond.

They very much enjoyed themselves at fishing and this was best seen when they held – some of them for the first time – a cup in their hand, shouting „We are the champions!” And they’re right!

The participants were children from the Smart Kids kindergarten in Timisoara. For many of them this was the first time they fished. Of course, every fish caught was released.