Team Idella has just completed the first freestyle contest of the club. Robert and Adrian, the organizers of the competition, tell us what it is like to participate in a very tight match where, however small, a fish could change all the rankings. 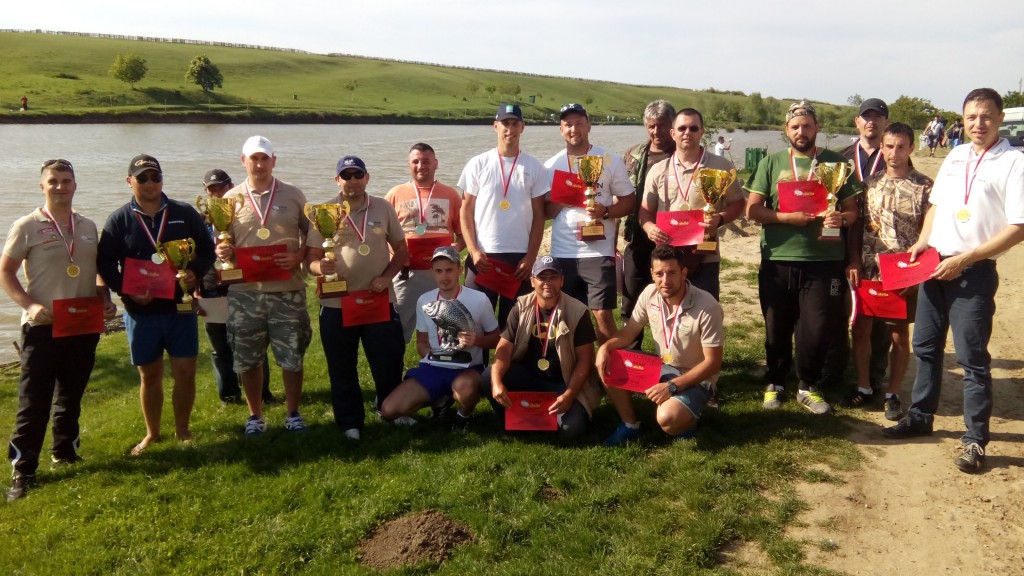 Robert Szabo: „We tried to create a core of fishermen who could be able to fish however they think is best or however they like.”

„We are many carp-fishers in the club and we seek create also an angling branch at club level. Carp fishing prevails here, by 95%, but there are some people who would be interested in stationary fishing, feeder fishing, match fishing, and so on. Thus, we decided to make this contest with the hope of attracting in the future also fishermen who practice this style of fishing.

We were expecting for more people to come, somewhere about 40 fishermen, but we did not want to treat fishing as an interest, but rather as a sports competition, which is why we did not put money on the line. And, from what I’ve seen, that money (no matter what sum) would have made a huge difference.

We do not seek to do business out of fishing or make a living out of it. We want passionate anglers to come to these fishing contests, people for whom a cup, a prize is not more important than money, a few hundred lei. This is us now, the club, and that is what we want to attract – keen fishermen. Not to dig for money.

The cups were very pretty, the first place had just over half a meter, so they were some extraordinary cups. Everyone received a diploma, a big medal; we did not skimp on money when it came to the awards.

I think it was a well organized competition. For our first edition, being our first experience in organizing stationary fishing, I think it is very good. We made a freestyle competition where, whether you were cork fishing, feeder fishing or Bolognese fishing, you had the right to choose your favorite fishing style.

Some fishermen prefer only match, others only feeder. We tried to unite them and to create a group, a core of fishermen who could be able to fish however they think is best or however they like.

We did not use the standard rules, FIPS-CIPS, which is used in Romania about at all stationary fishing games, because it is a very strict regulation. We have done it differently, more freely, yet we have limited the lure so that anyone could afford four kilograms of dry bait and have the same chance as other fishermen, people who maybe have an infinite budget for bait and would have come with 10-20 kilograms. 4 kg. was common sense, a limit everyone can afford because it is not a huge amount.

We were a little under stress at the beginning, because we had no experience… We wanted it to be perfect, without mistakes, without discussions, to divide the sectors properly. Finally, the result was very nice. It was joyful, everybody felt well.

We already have a new sympathizing member, Marius Burduja, who enrolled in our club after we met. He took a look at who we are, at how we are, and joined us. For a year from now he will be an apprentice, and after this period he will be voted an official member of the club by our colleagues.

We reached our goal. We showed willingness, the way we are and how we want to do fishing. If we had put money as prize, we would have made it more complicate for ourselves, because we had to pay income tax and so on. The money had to be accounted and taxed, and because we do everything legally, on papers, it would have been a little more complicated undertaking. However, we are not interested in giving cash prizes. Who is a fisherman and teats rfishing as a passion – or as a sport – does not look at a few hundred lei, I guess. And, after all, money destroys friendships and we avoid to put large sums at stake. For the future, nobody knows. We prefer to keep it that way. We want to increase the cups with each edition, to make them bigger. There’ s nothing left but to see how it will be. The fact is that other editions will follow.

At this edition we have had positive feedback, the boys were pleased. We all had equal chances, any fish could have thrown rankings upside down. That is what we want from a contest. We want fishing to be treated with sportsmanship, and not with interest.”

Adrian Novac: „I hope that at the 2nd edition there will be more of us gathered and that we’ ll feel as good as this time.”

„It was awesome. I say it was good. For our first edition, the first attempt of freestyle competition, it was very OK. The fish has hardly eaten, and any fish caught would have totally changed the rankings. Anyway, it was interesting from this point of view. No one walked away from other competitors, insofar you could have said he takes first place and no one else has got any chance… it was a battle right until the end.

I fished in sector A, and I lured with a groundbaits made by me, based on krill, and on the hook pellets of krill. Concerning the seizures, I had two caras, two little carps, one about 300 grams, the other about one kilogram, and two others about two kilograms or so.

The match was super cool, friendly. Some of them I knew from the club, and the rest I met there. They are all nice guys, a very pleasant company. There were no grievances or animosity as we have seen in other competitions, maybe because we were a smaller circle. Usually, when there are many, it is unavoidable for a discussion to arise. This was not the case, we really got along very well and the result was a neat contest.

I hope that at the 2nd edition there will be more of us gathered and that we’ ll feel as good as this time. Anyway, the weather was nice, we had luck with that. We were very lucky. From my point of view it was super OK. I did not expect it to be this great, especially when you’ re at the beginning and not even think about all issues. You learn something from every contest, especially as organizer.”