Ervin Kiss moved to Spain 14 years ago. He works from Monday to Friday and once he gets out from work he goes directly fishing. He recently participated in the fishing competition Carpfishing Mequinenza SDP El Siluro, where he caught the largest carp in the competition, although he fished alone and had to judge in his competition area. We talked to him about Carpfishing Mequinenza SDP El Siluro, but also about some less known issues related to Romanian „fishermen” reaching the Ebro.

„When I do not go fishing, my friends instantly write and ask me what happened, why I did not go.”

„The competition has five phases. In the first edition of Carpfishing the first three fishermen are being awarded, and this happens at each phase. In the last phase, the social phase, awards are given to all who have great results. I managed to get the biggest catch, a carp of 19.9 kg. I showed these fools how it’s done!

Spanish people look spiteful at Romanians. I understand them in many ways, because you cannot imagine what Romanians do here – they leave dirt, kill fish, use nets, come with tons of fish nets. They were caught very often, but they released them quickly. I do not understand anything anymore. Romanians are seen very badly, we can’t do anything about it. We struggle as we can. We mind our own business, we tune out and that’s it. 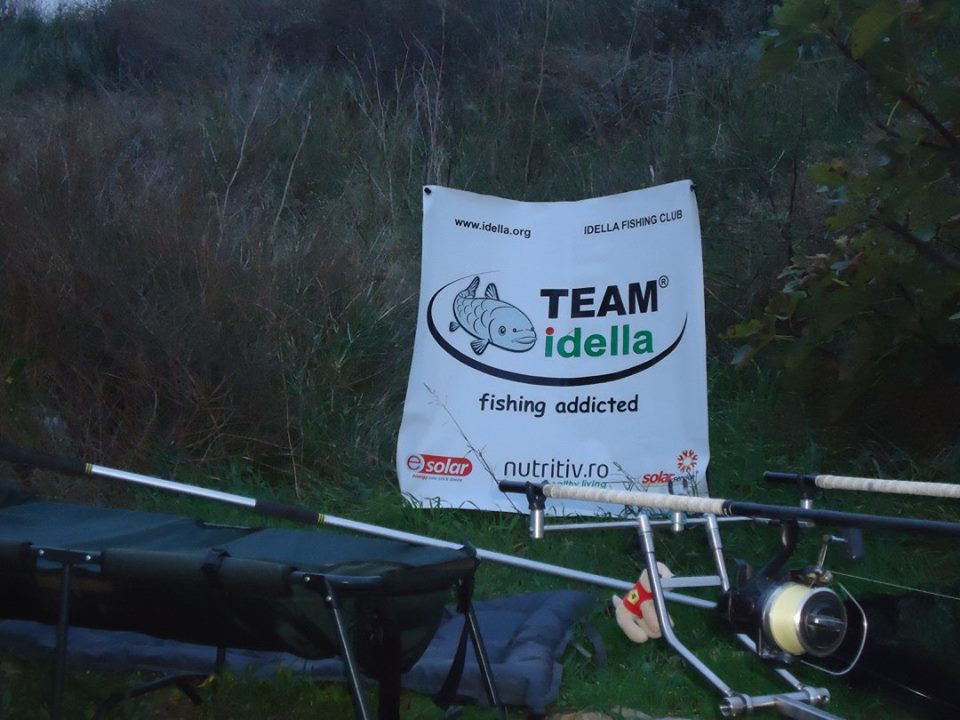 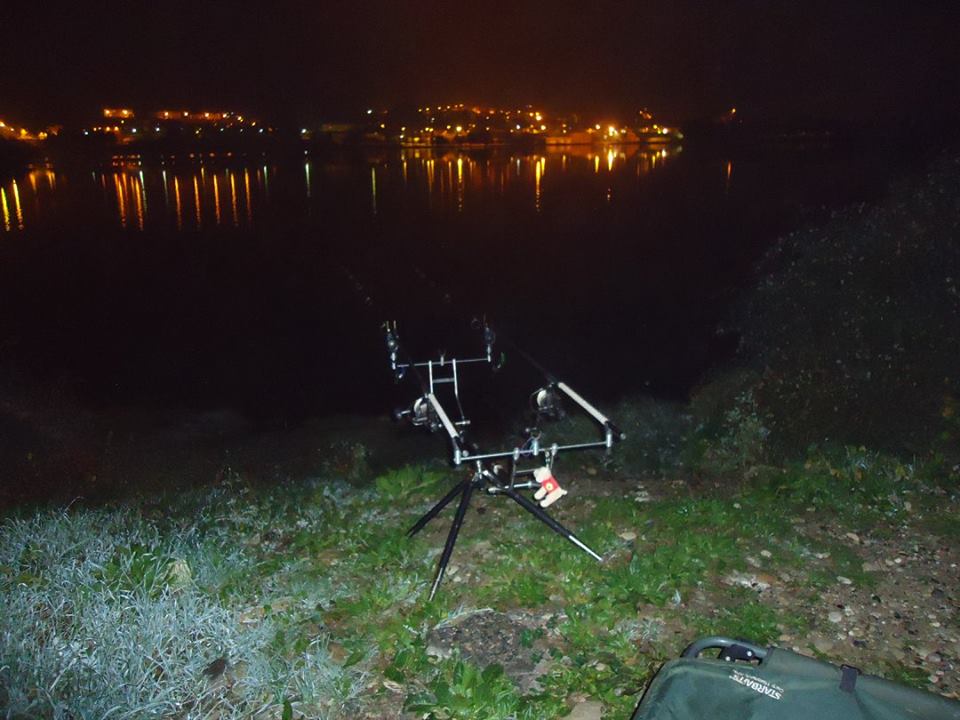 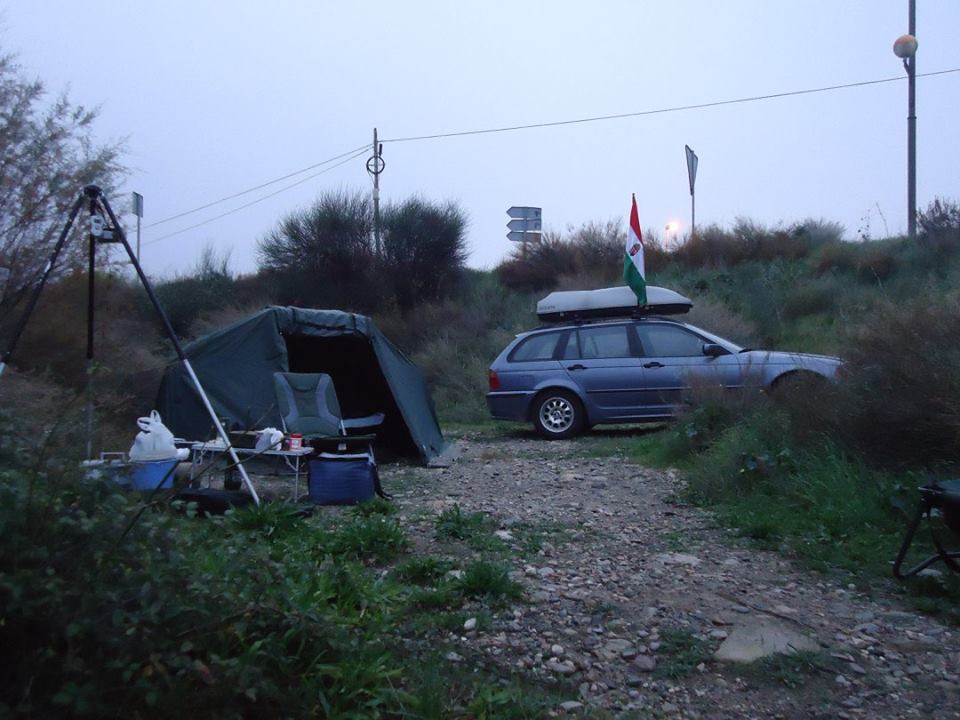 The competition took place on Mequinenza, here’s where I go fishing. It has a length of 100 kilometers. It is the River Ebro, except you have a particular fishing area from dam to dam.

Everything was very well organized. Teams of two fishermen participated, but I fished alone. However, starting next year, I’ll fish with a friend, a Spaniard. It’s not easy to fish alone, you have two fishing sticks and the others have four.

Even so, I did it, I finished 8th out of 30 teams overall. And in two phases, the social ones, I came out second in the area

It is not difficult, but it’s not the same when you have two or four fishing poles placed in the water. When you have four you have more chances, right? You must lure with the spomb, then you have to throw the sticks, you have to do everything alone. Well, we know the area, and we must not seek and measure the depths of the water. We know those places.

You sit alone and fish. Luckily your colleagues come over you can chat a bit. I got along excellently with the other fishermen. Some give you an evil look, so to speak, but it happens in any contest. Some of them had seizures of 17.1 kg and then I „hit” the carp of 19.9 kg, and I took the prize away from them. They did not look so nicely but they got over it, it’s not like a serious disease.

Big fish come out quickly. I caught it on Saturday to Sunday at three in the morning. First I heard the alarm but I did not think it’s mine. It kept ringing and ringing, and I say „Yo, it’s mine!” I quickly went out of the tent, I grabbed it and it was a bit difficult because I had to cope with the landing net and everything all by myself. A fisherman nearby came rapidly and helped me. I immediately pulled it out, I called the organizer to come and weigh it.

The downside was that I was then also the referee of the area. This is how they do it, they draw lots to pick out a referee for each area. I had bad luck with that, being both referee and fisherman.

There was a festive dinner at the awards, it was very nice. Then one of the fishermen with fish weighing 17 kilograms came, shook hands with me, congratulated me and told me: „do not think I’m mad at you, I was angry for second that you’ve stole my capture.” I told him that’s no problem, that’s how fishing works. He finally said that I deserved to take the catch, because I fished alone. I would have come anyway. I even told them I don’t come for the prizes; I come because I like it. 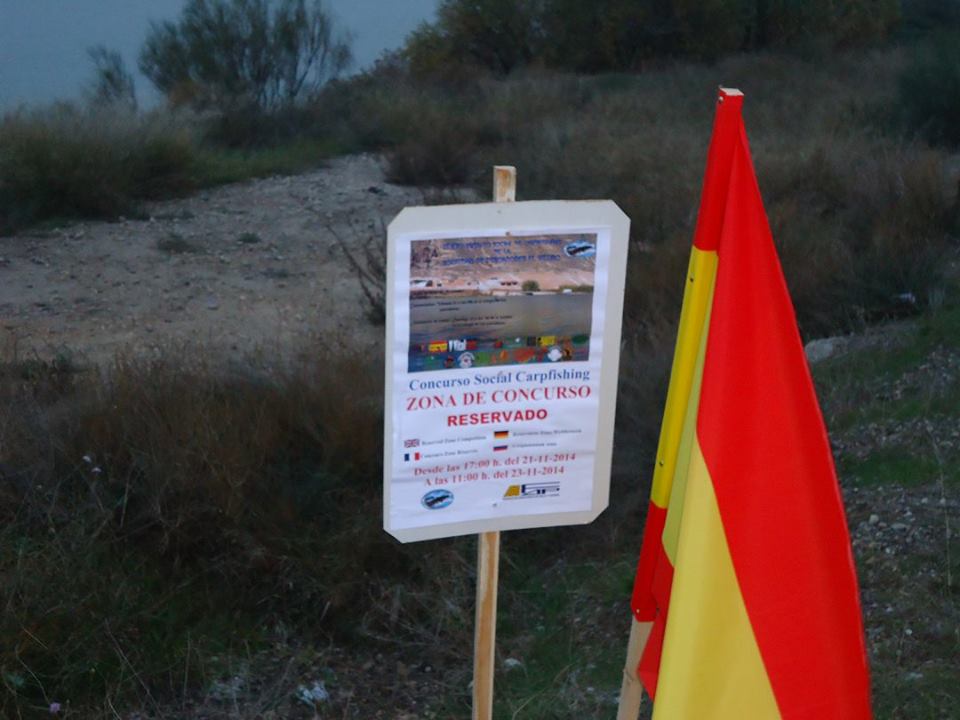 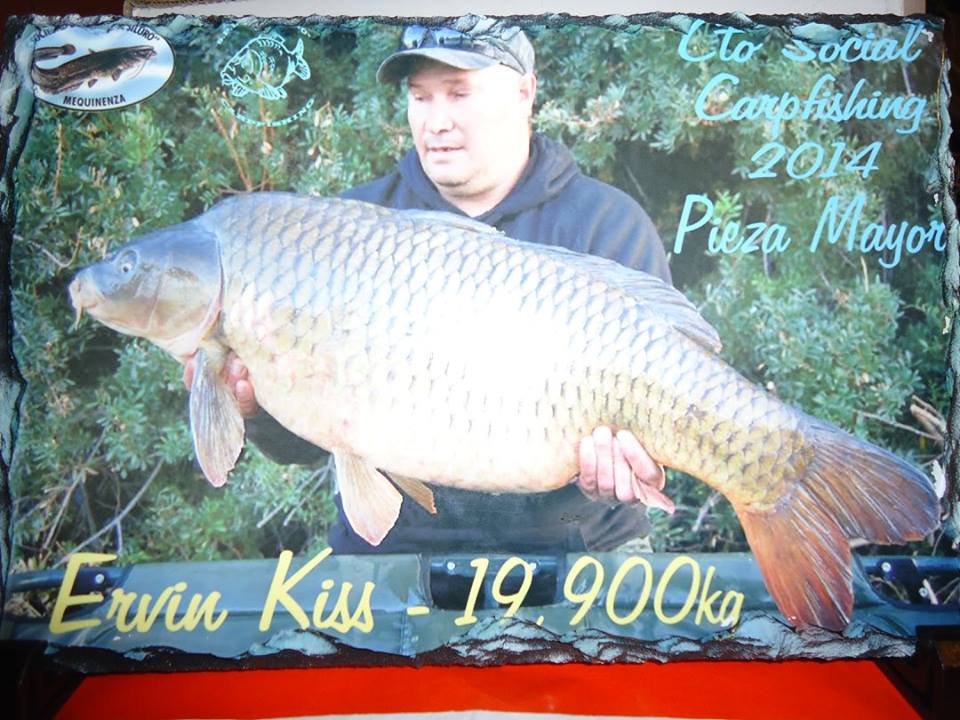 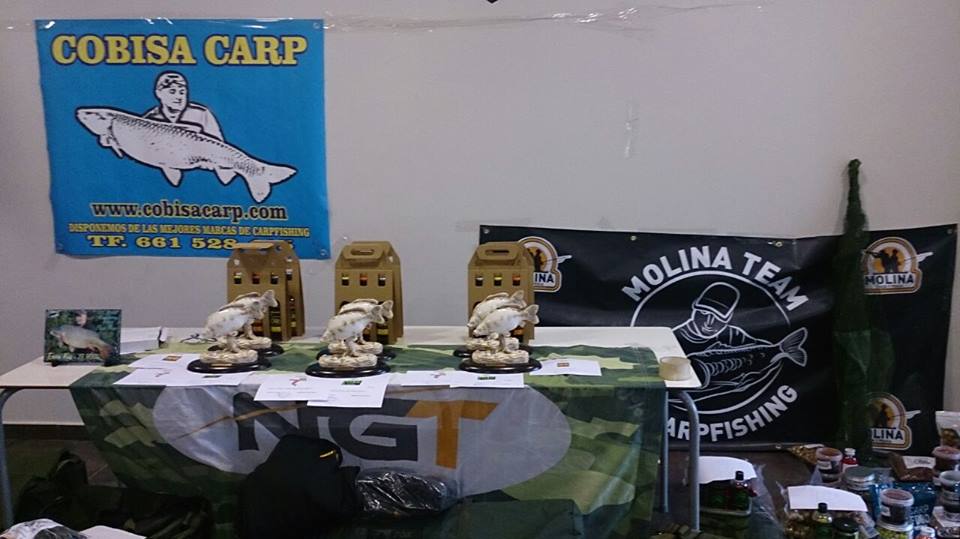 I received a prize of 200 euros and an image carved in marble. It is the picture of the fish I caught. And because I was the 8th, I received a lot of baits and other products that you receive at such competitions.

My boss called me – he saw that I posted something on Facebook – and asked me how the reception at the awards was. He congratulated me and told me to be confident because he trusts me, because I’m a very good guy and that’s all that matters to him.

This year was the first time I joined a fishing contest. A friend even asked me why I don’t get a federal license so we can go by car in other areas, to fishing competitions. I said there was no point; I have no time for competitions, because they take place from Friday to Sunday. When you work on Fridays, there’s no chance for you to get there. This time he said „come on, get Friday out from work and go directly to the competition.” And I went!

It’s my first fishing contest, but I had a good result. So, just for fishing, I go every Friday, for nine years now. I do 300 kilometers, round trip, but it doesn’t matter. I pass all Catalonia and I arrive in Aragon. It’s far, but that’s what passion is.

I go with great pleasure. If you look at my profile on Facebook, you see that I post pictures of seizures every weekend. When I do not go fishing, my friends instantly write and ask me what happened, why I did not go. They are used to see pictures I post every Sunday or Saturday after I get back from fishing. They are used to my catches. Large, small, however they’ll be.” 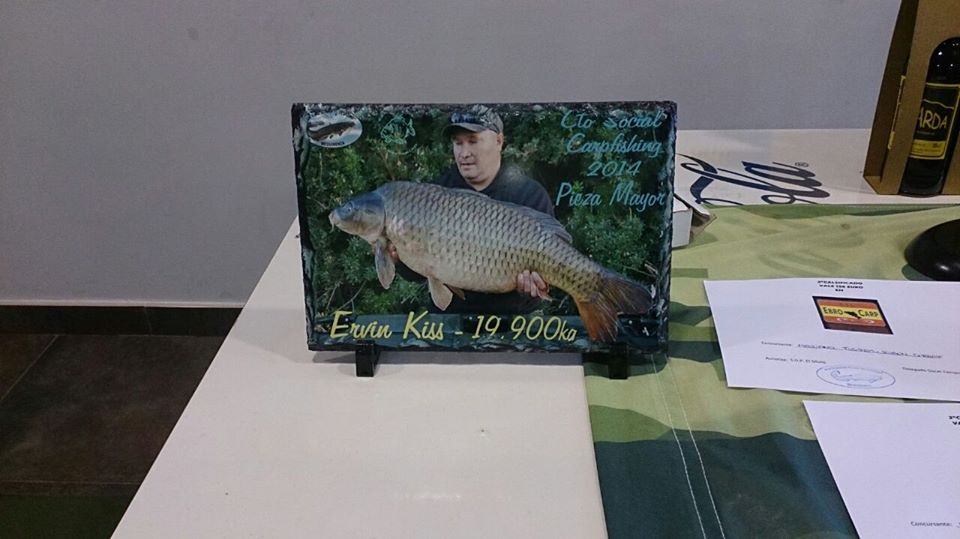 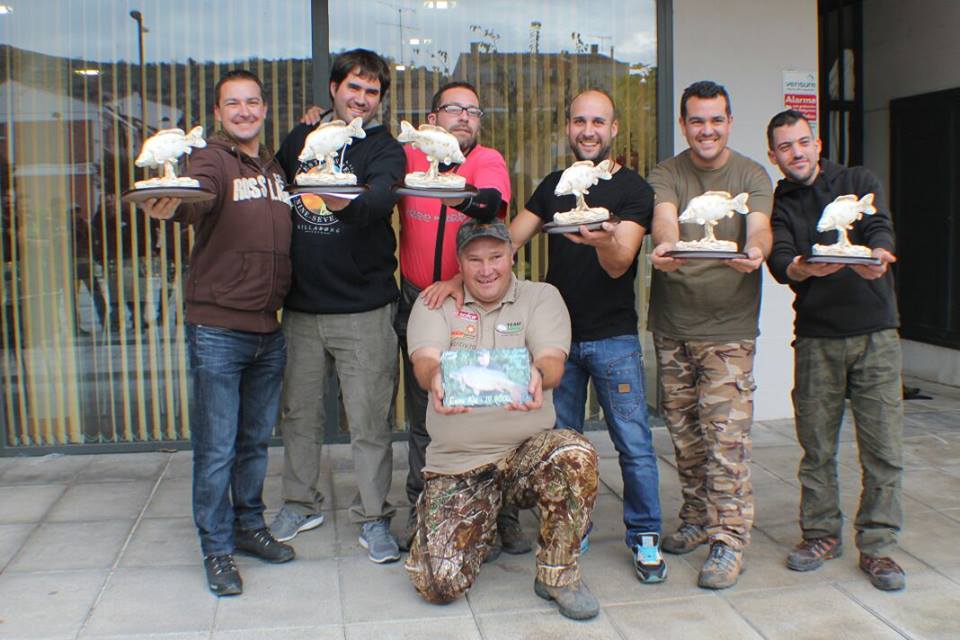 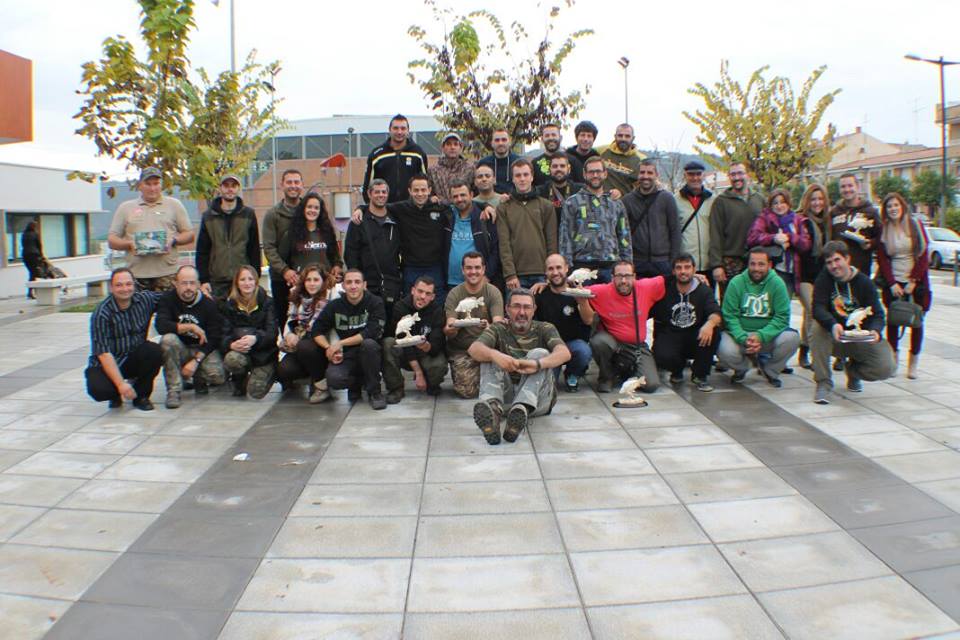