We all like to do, at the beginning of each year, a “balance sheet” of the good things we enjoyed the year that just ended. And it’s natural, even healthy to do this. Sometimes it was good, sometimes not. However, I bet that each of you had at least one special moment, one that you will always remember always gladly!

Well, when it comes to fishing, the guys from Team Idella had plenty of these sort of moments in 2014, as were their landing nets and their weighing mats, wherever they fished last year.

And since each victory deserves to be rewarded, the fishermen from Team Idella gathered to honor those who had the best catches in 2014. 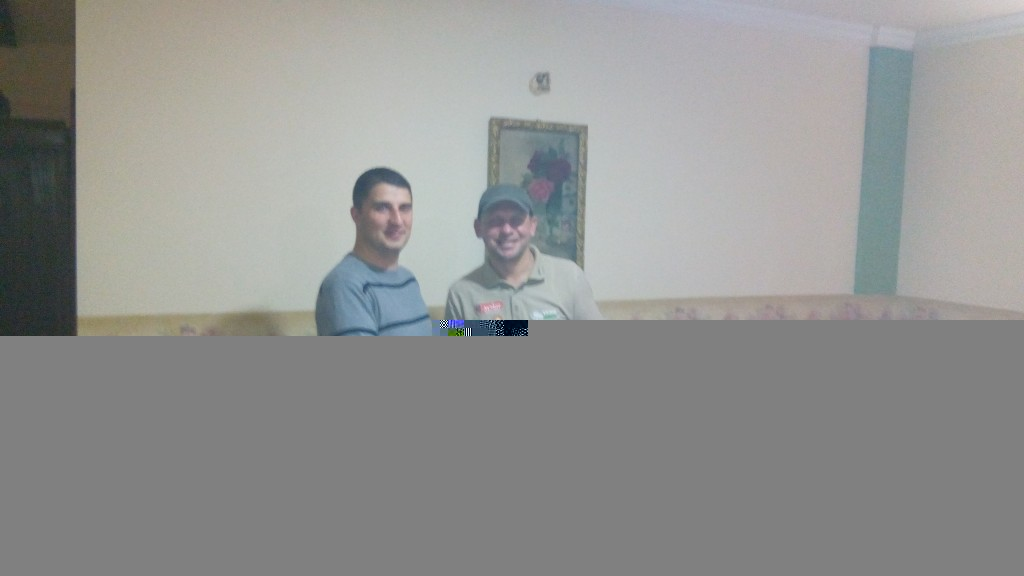 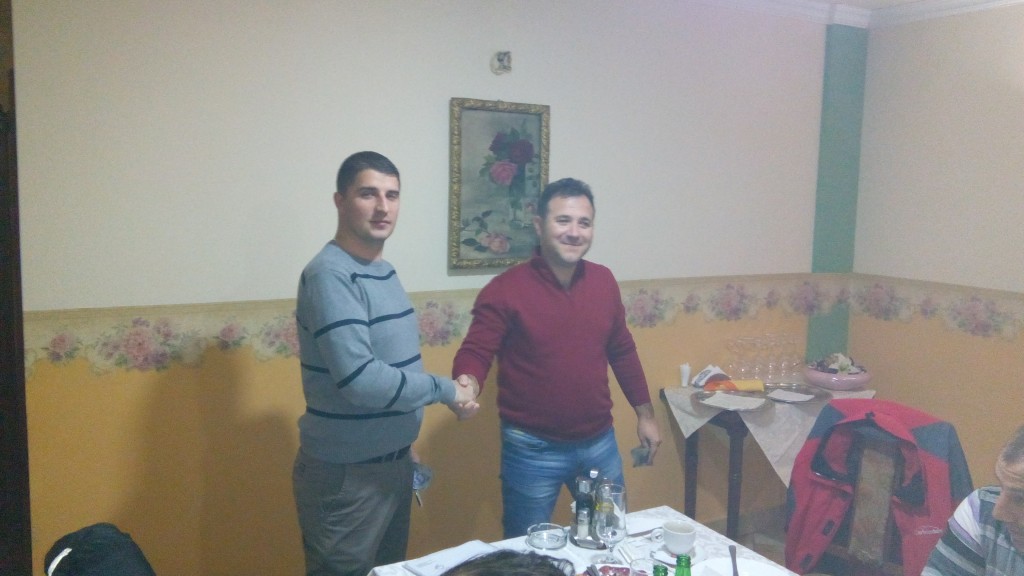 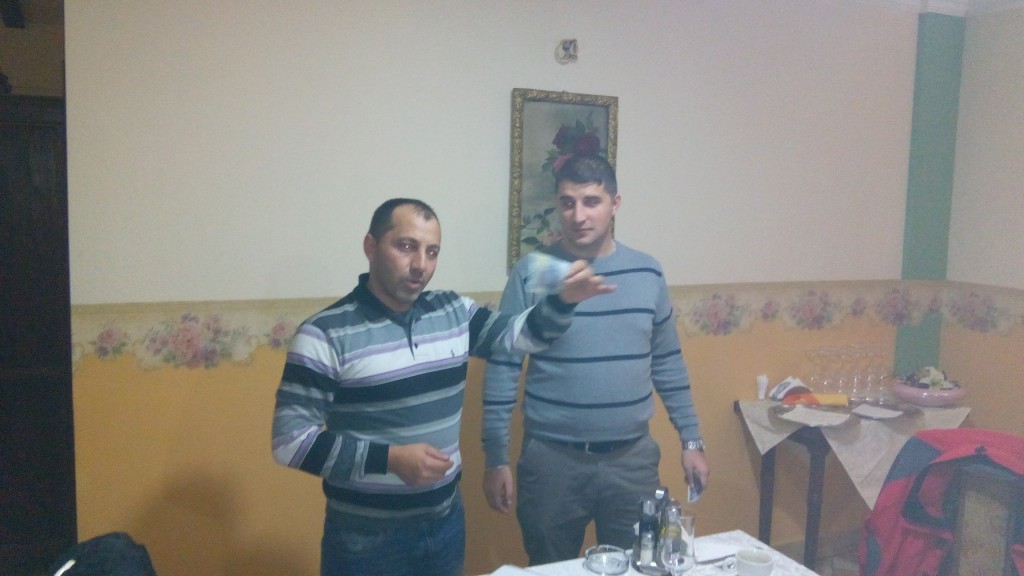 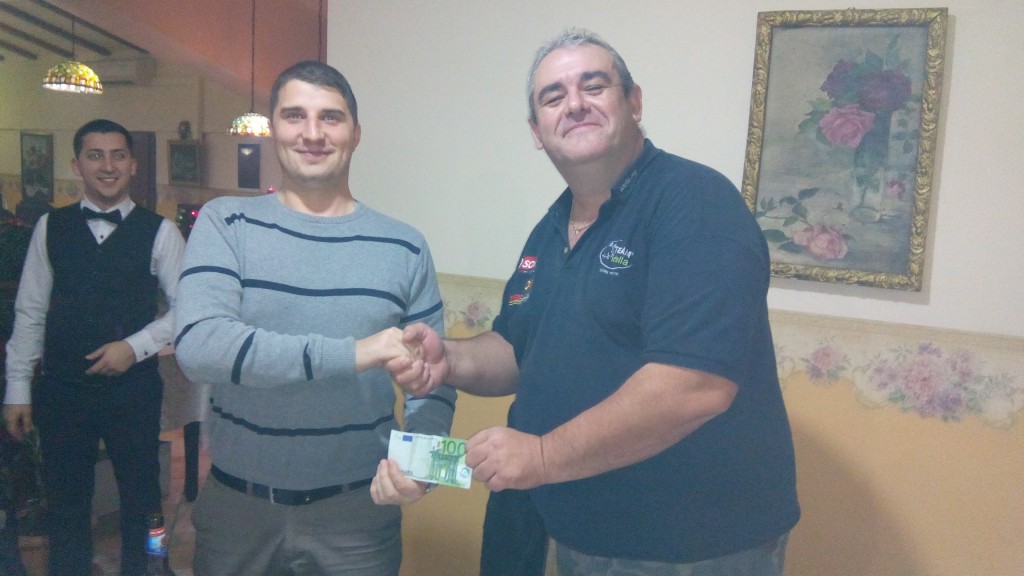 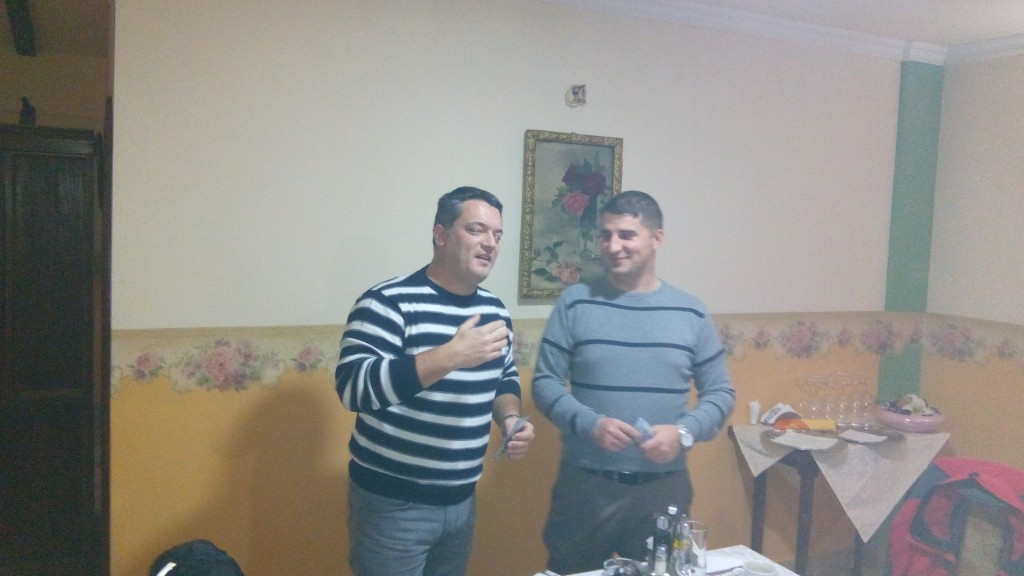 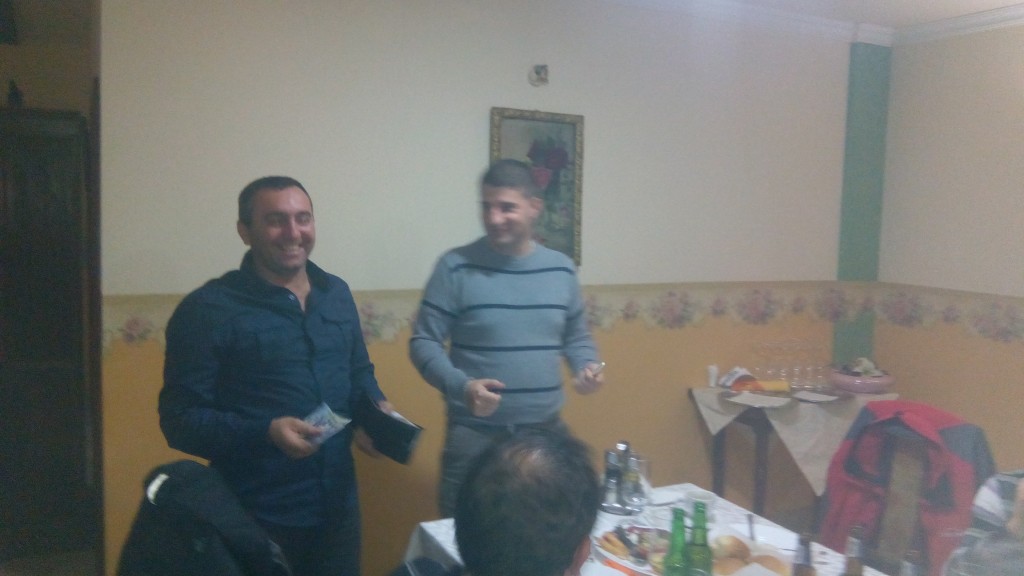 The gathering of the boys was a totally special one. You do not have every day the opportunity to sit around people who are so passionate about fishing and, equally important, with people who have a great respect for nature. Although they fish mostly on ponds designed more specifically for fishing competitions and friendly matches, most of them yearn for wilderness, for fishing for a predator in a secluded and quiet place. But it’s not always easy, as Florentin Nadai told me:

“Among the hardest games I count one I will never forget. Five years ago I spent three days alone on Vărădia. That was actually the hardest! It was right on the border and two kilometers of plain wilderness. There was no light bulb, a beacon, something. You were effectively alone and once in a while a deer or a wild boar passes by just next to you. I went there and I was waiting for another friend that should have come too. I thought I stay alone one day and then I stay two nights with another fisherman, but he could not come. Normally I was supposed to stay four days, but I did not resist. After three nights I said to myself: enough, I go home.

What happened … After two days, a shepherd came to me happy that he sees someone, also after two days without seeing a human soul. I had a great catch of 11 kilograms. Back then it was something special. I gave him the phone to take a picture of the fish and I. I asked: Yo, you see me? “I see something,” he says. Well, take a picture of me! Pac! Good. I release the fish, the shepherd leaves. When I take a look … he took a picture of himself!

After staying so fiercely and watching that the fish does not die, in order to take a picture, the shepherd comes and takes a photo of himself … He held the camera upside down, but he saw something there! And I endured so much, there were some people who hunted at night around there and I heard them shooting towards me. Clearly they didn’t see me. And if they saw me, they ignored me.” 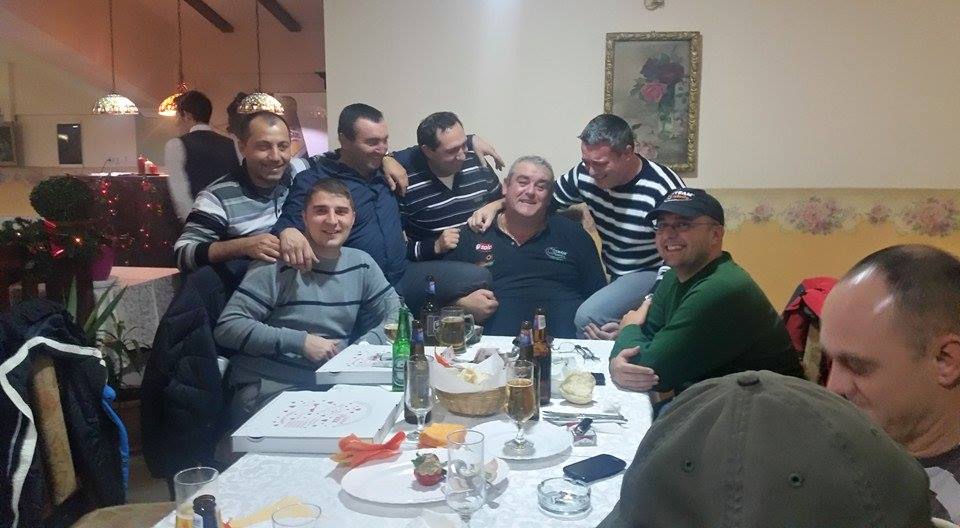 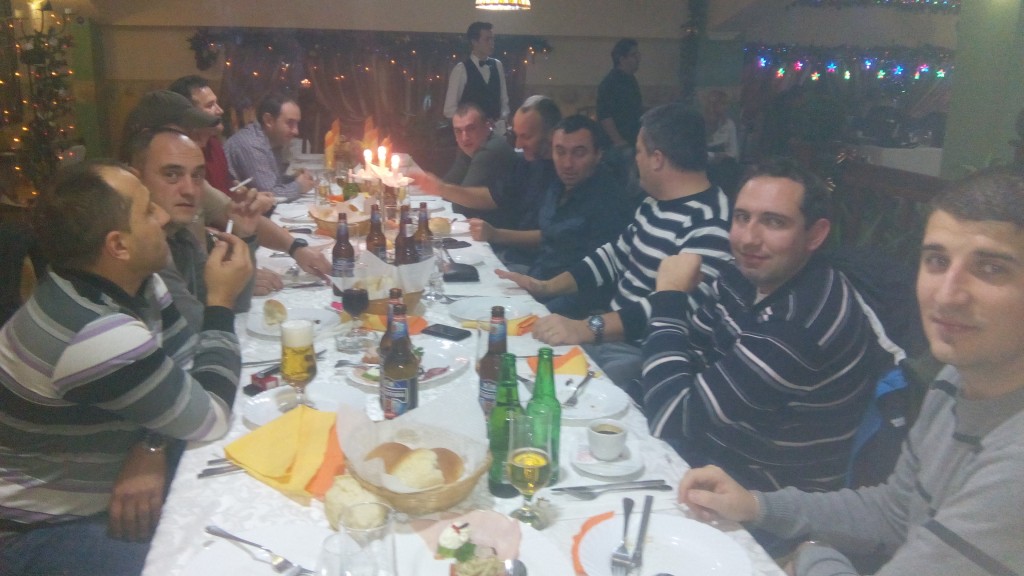 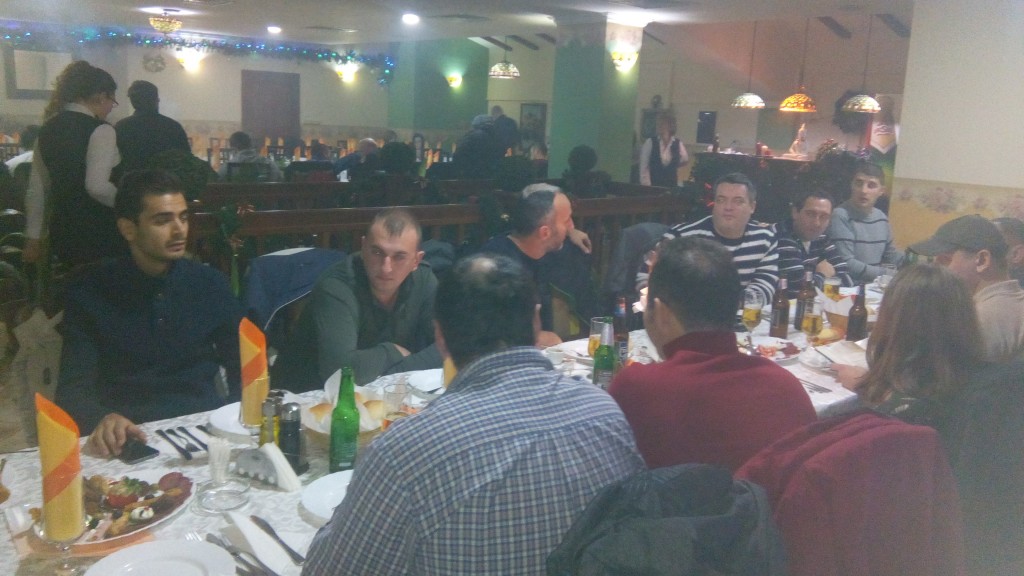 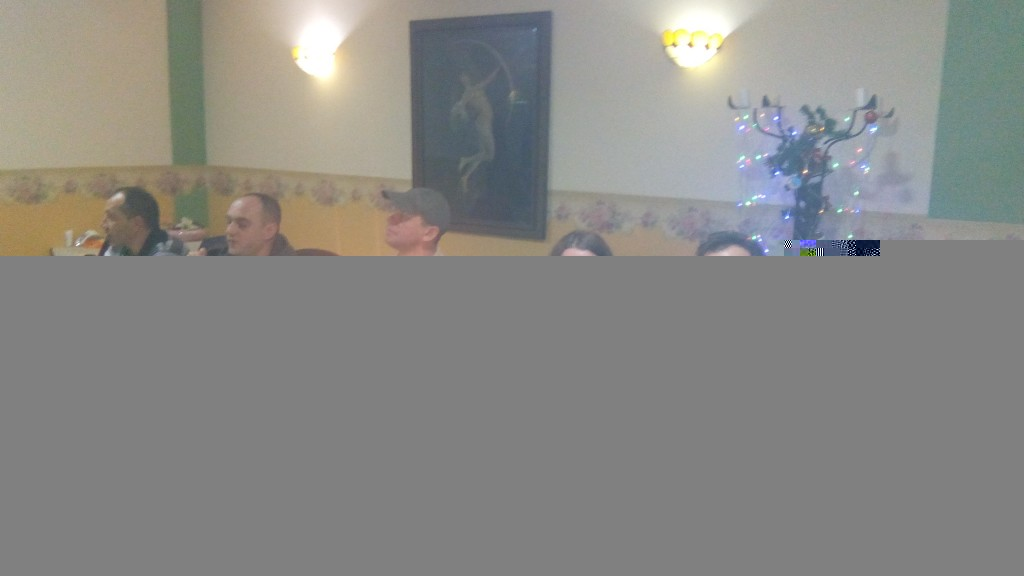 Revision of the Funniest Stories of 2014…

I always wondered how many sticks a fisherman needs to be ready anytime for a fishing trip. Well, I got the answer: “Five sticks are enough. It depends what you fish for, but usually five sticks are enough,” Florentin enlightens me. “Well thought,” says Cristi Jianu. “The idea is not to sell also these you have,” was the immediate advice of Cristi, to the amusement of boys.

Whether they left home with three or five fishing sticks, 2014 was a fruitful year for Team Idella. “We had good catches in Bosnia and Herzegovina, even near the end of the year. From there came ten carp weighing more than 20 kilograms. The other catches came from Serbia, mostly from Mika Alas” the fishermen tell me.

You know that, most of the times, the saying “the one who seeds, seeds for himself” does not apply to fishing too. As a fisherman, when you stay more quietly (especially when you catch fish), it’s sure that someone came to ask you what you seed for. Cristi Jianu had a truly disarming answer for those who dared to ask him: “For stew, yo! I seed for stew!” They literally laughed like a drain.

And the stories of fishing parties continued, prompting other laughter: “At Topolovăţ, Florin and I were cork fishing. Jap, Jap, Jap. At one point he clings, bends my stick and says: “Jane, it’s gone!,” Cristi says laughing. “It was too late to catch up with it, there was no chance, it was already in the water,” Florin recalls amused. “He was so slug, that the fish was biting at his stick and he said he doesn’t get out because his sneakers get dirty. It was raining. He just said: «Go and see ‘cause it bites on mine! These are new, no way I make them dirty now. You go! »”

Obviously, a good portion of laughter followed that, together with other memories: “The best story was at Vărădia, on a sunny day, 40 degrees. I was paddling up to the shore and, on shore, I don’t get off the boat, I take the bucket and show it to him. Take the bucket! He had only one step to make. He stays and looks and says: «Yo, I don’t go into the water ‘cause I don’t want mud under my nails! »” 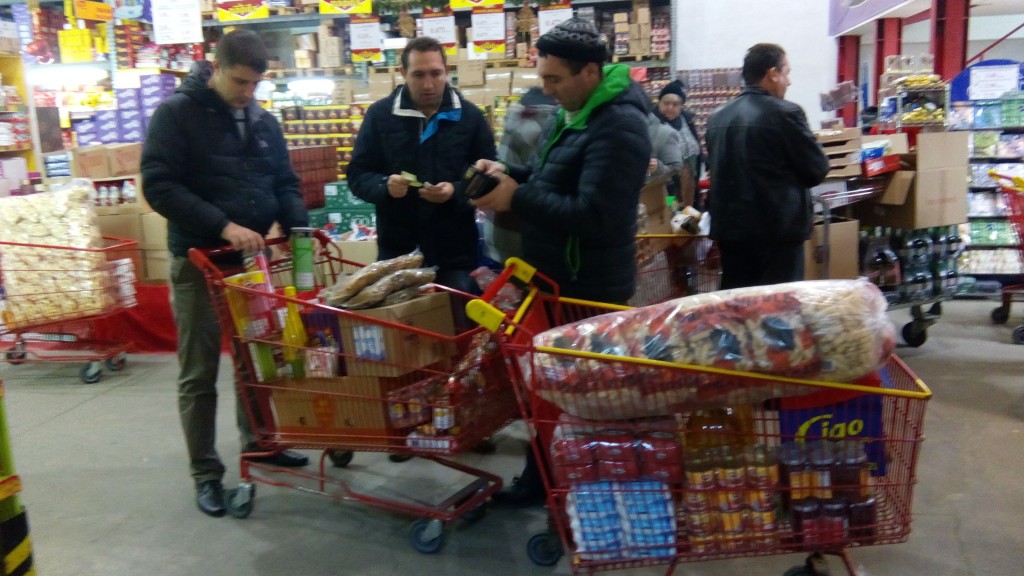 Shopping for Counselling and Support Centre for Parents and Children 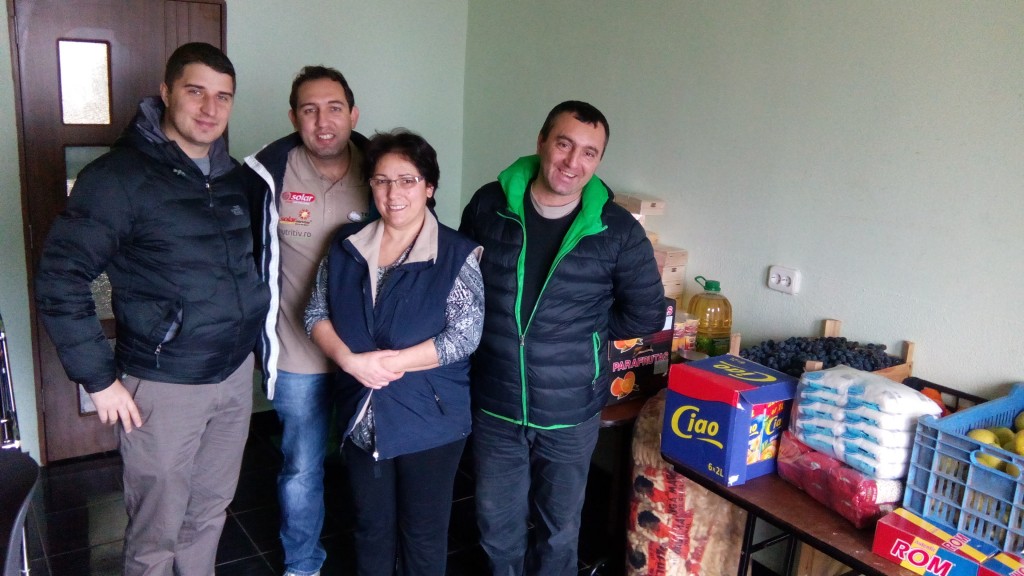 Team Idella at Counselling and Support Centre for Parents and Children 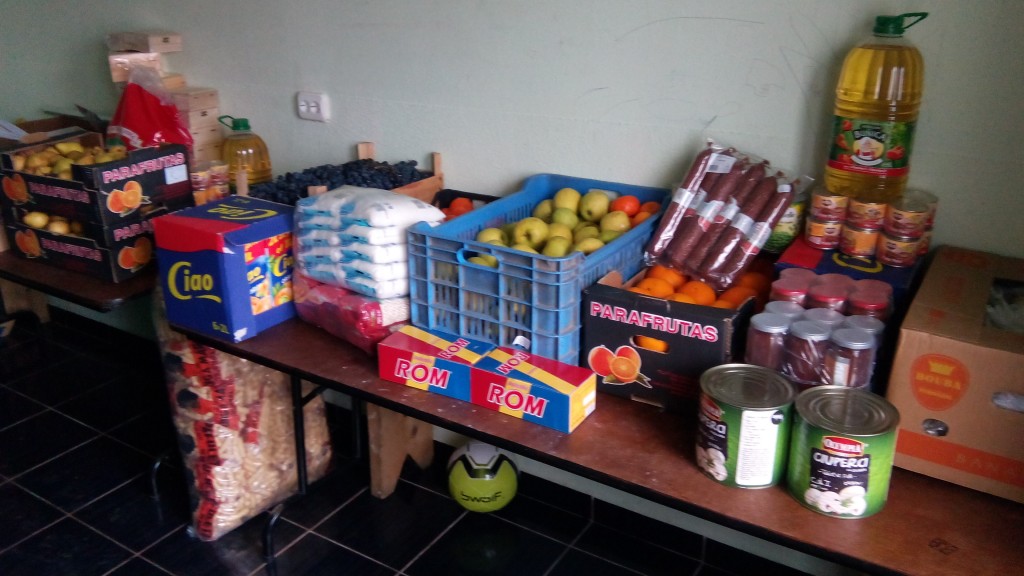 Donations for Counselling and Support Centre for Parents and Children 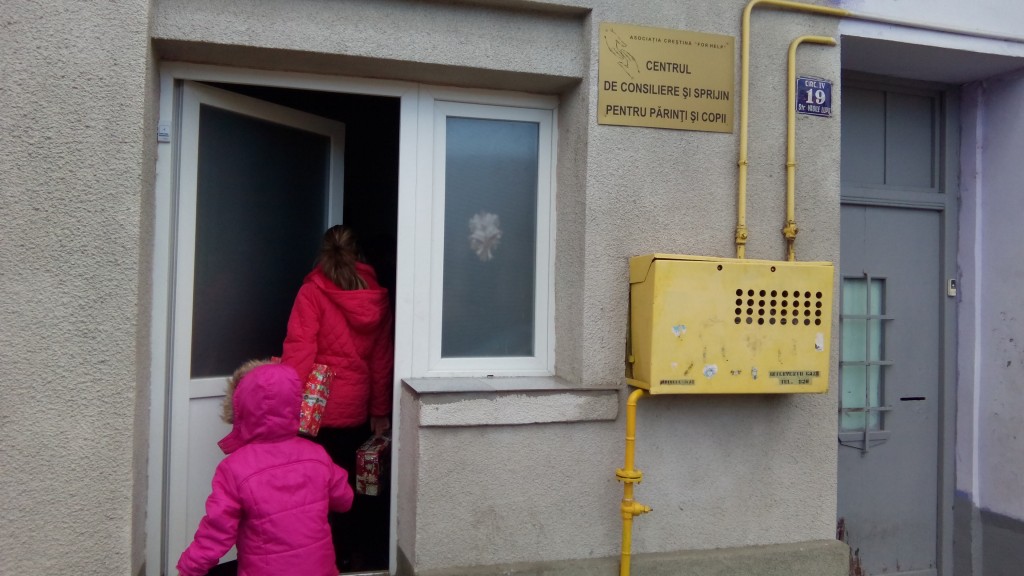 Counselling and Support Centre for Parents and Children

Every Year, a Nice Gesture for Children

There are many more memories, some funnier than others. If we were to gather the fishing stories, the teasing between fishermen, the good laughs and beer clinked in honor of friendship, we can say it was a very special gathering. However, what made the evening even more special was clearly the gesture of the fishermen from Team Idella – most of the guys donated the money received for catches to children who need help.

It’s the second year the boys make donations (food, including sugar, oil, meat products, fruits and juices) to the Counselling and Support Centre for Parents and Children. Here a hearted lady takes care of little children aged 4-6 years, but also of older children, even of high-school kids who come from disadvantaged families, without depending on the help of local authorities in Timisoara.

The lady cooks for them, offers them a hot meal a day, takes them to church on Sunday, educates them (including sexual education) and takes care of them. In turn, the children make various handicrafts using wipes, such as cups and paintings that they gift away (as they did on Christmas).